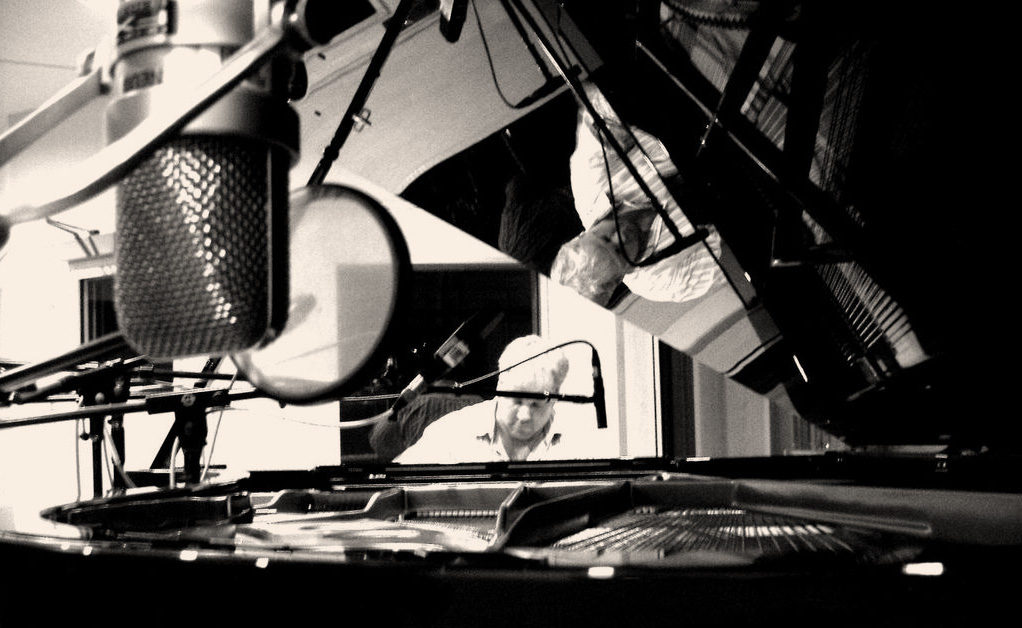 Darin Niebuhr was born in the small farming community of Wells, Minnesota. He began piano lessons at age 5 from his mother and then changed to other teachers in the area.  Realizing their son possessed an extraordinary gift, Darin’s parents set him on a musical education path that took him through high school, university and beyond.  “I will always be a student of music and life.”By age 15, Darin was highly accomplished and chose pianist as his career path. He started his university training at that time and was taking regular and music curriculum courses at night while attending high school by day. Playing trombone additionally provided him with ensemble experiences of orchestra, jazz combos, chamber groups, marching bands, plus solo recitals on both instruments.

Darin’s musical education continued at St. Olaf College, where he received a Bachelor of Music in Piano Performance.  He received his Master of Music in Performance and Pedagogy from the University of Oklahoma.  Darin has studied with A. DeWayne Wee, Edward Gates, and Andrew Burns.  Darin’s approach to music is best illustrated by the enormous range of his repertoire.  In recital and on recordings he plays everything from Liszt to Prokofiev and Scarlatti to living contemporary composers.  In addition, he programs the music of innovative and adventurous composers like Morton Gould, Ratko Delorko, Louis Moreau Gottschalk, and Benjamin Lees.

The freedom to stress stylistic and idiomatic usages of piano in performance is what shapes Darin’s musicianship. “Pushing interpretation to new places without sacrificing the integrity of a composition is appealing to me,” he said and added that pianists like Sviatoslav Richter and Radu Lupu have had a tremendous influence on his musical style.  Richter, who died in 1997, is widely regarded as one of the finest Russian pianists of the twentieth century.  Like Darin, Richter had a formidable physical presence and an element of surprise in each work he performed.  “Richter is placed beautifully as interpreter, individual voice and virtuoso to me,” said Darin. “His drive and immutable presence have inspired me much.”  Lupu has impacted Niebuhr’s interpretation deeply with sublimity and musical Gestalt.

Darin has taught hundreds of others in private and group settings in his own studio and at the university and professional levels.  He has performed extensively throughout the Southwest, Midwest, West Coast, New York, Toronto, Canada, and Europe.

His Carnegie Hall debut recital was in 2005 and he continues to concertize, give pedagogy clinics, and has 2 solo CD recordings on the Evangeline Label.

The latest work for Darin includes collaborative performances for solo piano with dance, playing newly commissioned works, chamber works, and preparation for his third recording project. Mr. Niebuhr maintains a full teaching schedule in Portland, Oregon and continues to give masterclasses as well as adjudication for competitions.